The purpose of this Association is to preserve and protect for future generations the Upper Manistee River system and its drainage as a world class natural resource.

The Upper Manistee River Association is a 501 (c) (3) corporation. 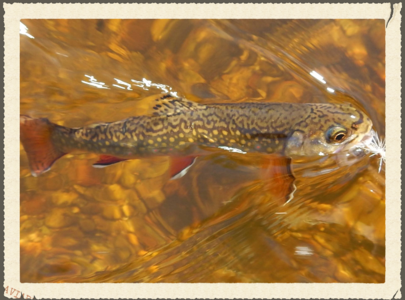 WHO WE ARE…THE UPPER MANISTEE RIVER ASSOICATION (UMRA) began its representation of River Friends on July 22, 1966, when 25 citizens deeply concerned about the river’s declining health, chartered it as a non-profit conservation organization.  Today, UMRA consists largely, but not exclusively, of riparian property owners who share river related interests on that part of the Manistee River system, reaching from its head waters in southern Antrim and Otsego Counties downstream, 147 river miles, through Crawford, Kalkaska and Missaukee counties to highway US-131 in Wexford County.

Within three months of its creation in mid 1966, association enrollment reached 140 individuals, for many years thereafter it fluctuated between 125 to over 300 memberships and family units due mainly to a more focused organization mission and the achievements that resulted.

Among the association led UMRRC’s many accomplishments, perhaps the most important have been correcting long, troublesome environmental problems at the river crossings of Cameron Bridge Road, County Road 612, the Shore to Shore Horse Trail, The Great Lakes Transmission Companies’ pipelines, County Road 571 (North Branch at Sharon) and the CCC Bridge as well as the recently completed state of the art Sharon access.

Beginning in 2012 we began and completed in 2016 the creation of state of the art access sites at Hole in the Wall, 3 Mile Bend, The Tree Farm Property, Hole in the Fence, Burnt Cabin, Sand Banks and Rogers Landing locations.

In addition, UMRA was successful in receiving 5 years worth of State of Michigan HIA grants for habitat improvement in the river from County Road 612 down to Yellow Trees Landing.

A 9 member board of directors which is supported by an advisory council, addresses the association concerns, manages its roles and accounts, publishes a quarterly newsletter, maintains a web site and represents the membership on state and local resource issues.  The annual meeting is held once a year in the fall.